The presiding deity of this temple is Lord Maha Vishnu. Recognized as a Maha Kshetram of Palakkad District, the name of the temple is derived from ‘Kashyapan-kurichi’, harking back to its Sthalapuranam .

The legends of the temple speak of a time, long ago, when Kashyapa the Sage chose to meditate at the hill of Govindamala, in the hill ranges of the Palakkad Gap . Pleased by the Sage’s devotion, Sri Narayana appeared before him, to grant him a boon – and yielded to Kashyapa’s wish that He remain with him always, in the calm and tranquil surroundings of the countryside of the region. Kashyapa consecrated the idol of the Lord in the same form that he had perceived him – seated on Anantha. This place of worship - at Payyalur, Kollengode - then came to be known as Thiru Kachamkurissi.

The Vigraham of Maha Vishnu, has the same kingly bearing as Sri Rama at his Pattabhishekam. Due to this regal stance, he is renowned as ‘Perumal’, the literal meaning of which is ‘Sovereign’. Devotees approach him, both as Sri Narayana and Lord Rama. And while his two consorts, Sri Devi and Bhoodevi are present at His side, they are not within direct vision of the Bhakta.

Due association with the Sage, the Temple is often referred to as ‘Kashyapa Kshetram’. And at precipitous Govindamala, where the Sage did penance, those pilgrims who hazard the arduous climb vow to have seen the indentations of Vishnupadam and the Holy Conch, where the Lord gave his Vision to Kashyapa.

Historically, for many centuries, the erstwhile Rajas of Vengunad have taken their Ariyittuvazhcha oaths before Perumal. Since this erstwhile kingdom held Custodianship of the sacred Somalata plant, Thiru Kachamkurissi, over ages, has played a pivotal role in one of the most important Srauta rituals of Kerala – the Soma Yaaga. To this day, whenever a Soma Yaaga is performed in Kerala this sacred plant, so essential to this ritual, is proffered from within the precints of the Temple, as formal assent to the performance of the Yaaga.

This then is the distinctive Spiritual facet of Thiru Kachamkurissi – that through aeons of association with a rite that is conducted for the well-being of all humanity, the energies of this Temple call out and appeal to one’s Higher Nature – that of selflessness.

This Temple is considered a ‘Maha Kshetram’ due to the following features and aspects:

Old Frescoes of the Ashta Dikpalakas, in vegetable dyes adorn the ceiling above the Valiya Balikkal and in the Namaskara Mandapam. The Ramayana is painted around the Srikovil. The Temple also has a Kokkarni and a very large Kshetra Kulam.

May-Jun Maha Utsavam and Aarattu, which is the major festival of the temple, lasting ten days. Rituals, Homams and Pujas are conducted with the strictest conformity to Tantric rites, accompanied and partnered with a range of sacred music and dance that is associated with the temple arts of Kerala - Sopana Sangeetham, Thayambaka, Panchavadyam, Chakiyar Koothu, Ottam Thullal, Nangiyar Koothu, Kathakali and Carnatic music.

The Palli Vetta takes place on the penultimate day of the celebrations. The tenth day begins pre-dawn, with the Manjal Neerattu ceremony of the Deity. After a procession commencing late afternoon, the religious rites culminate in a Kadavu puja and Araattu dip at the Kshetra Kulam, after which the Tantri lowers the Utsava Kodi.

Payyalur is situated on an outskirt of Kollengode. When travelling from Palakkad ( Approx. 25 Kms), Pollachi (23 Kms) or Coimbatore ( 80 Kms), pass through the main Bazaar area and proceed to Payyalur Mokku and proceed in the direction of the hills. When travelling from Trissur( 60kms), turn right at Payyalur Mokku before you reach the ‘main street’ of Kollengode, leading to Valiyangadi. 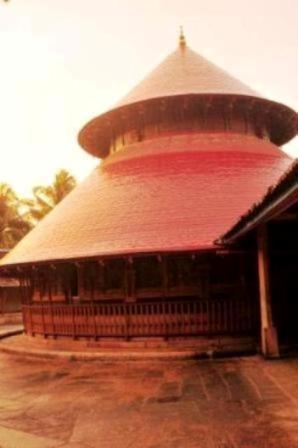 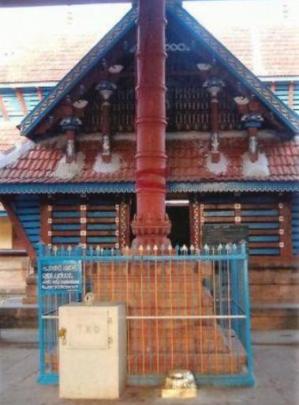 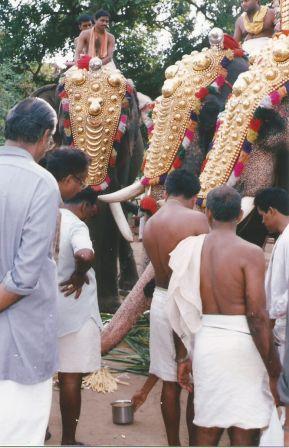 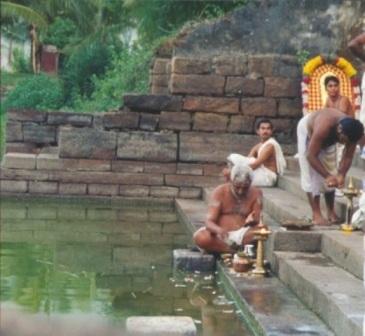 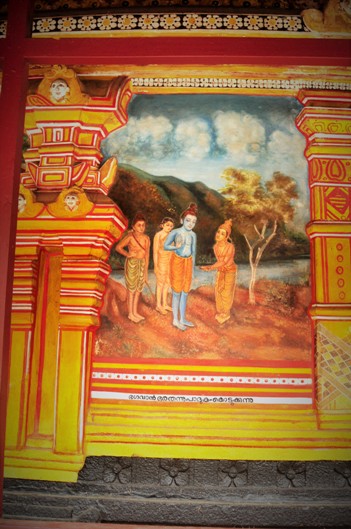 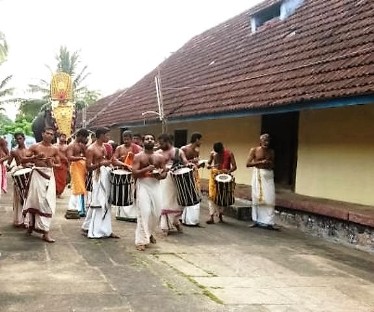 Since Thiru Kachamkurissi is off the beaten track, it is largely a quiet and peaceful Temple, except on Festival days and the 1st of every Malayalam month, when there are crowds and long queues of devotees.